Stay in the loop

Provide your contact information for notice of highlighted events and career opportunities.

A tagline or sub-title if desired 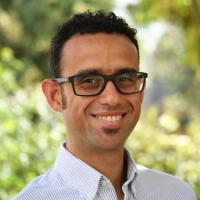 I was born and grew up in Caracas, Venezuela. My father is an Earth Scientist, so from an early age I was involved in fieldwork in various locales in my native country. I must confess, though, that as a child and teenager, I never understood why my dad always wanted to stop on our road trips every time he saw a fresh road cut to look at the outcrop. In high school I discovered a diverse set of academic interests but found myself especially drawn to physics. I joined Simon Bolivar University in Caracas where I pursued a degree in Geophysical Engineering. Most of the graduates of this program go on to work in the oil and gas industry (and that was my original intention as well) but I found that I was more interested in larger spatial scale problems. I was very fortunate that as I was reaching the last stage of my undergrad a team from the U.S. came to Venezuela to do a massive NSF-funded active/passive seismic experiment. I was one of the volunteers working in the field deploying instruments and that's where I met my future PhD advisors who were leading the project. After finishing undergrad I went to Rice University to pursue my PhD and keep working on the data from Venezuela. This was a period of expanding my scientific horizons, learning a lot of new concepts and skills. During this time I broadened my interests from the crust (and mostly active-source seismology) to the upper mantle (and mostly passive seismology). Another fortuitous turn of events led me to spend the last year of my PhD working on teleseismic tomography, for which I collaborated with folks at the University of Oregon. This eventually led to a long postdoc at the University of Oregon where I continued to grow scientifically. My years in Oregon were truly formative, and I have a huge debt of gratitude to my postdoc advisor and other colleagues there for the mentoring I received. In 2014 I accepted a position in the University of Minnesota. I am now an Associate Professor here. I feel very fortunate to be a part of the department of Earth & Environmental Sciences where I have the resources I need for my research, a supportive environment and a great group of colleagues. My research focuses on the dynamics of the mantle and lithosphere, which I study primarily through passive seismic imaging. I've focused on subduction zones and travel-time tomography, with a couple of forays into characterizing deep seismicity. In the past few years we have been working to understand the effect of seismic anisotropy and how to account for it, or include it in our imaging workflow. We also work on mapping seismic attenuation and relating it to magmatic processes, asthenosphere-lithosphere structure and intracontinental deformation. Additionally, we've been developing methods for much shallower imaging (tens to hundreds of meters) that we plan to apply to environmental problems and seismic hazard issues.

Stay in the loop.